The Canterbury Botanical Society aims to promote an interest in the study of botany, especially that of NZ and particularly the native flora of Canterbury. Our monthly evening meetings and field trips provide members with the opportunity to share their knowledge and to learn from others. The participation of both professional and amateur botanists in Society events has proven to be a successful combination over the years. 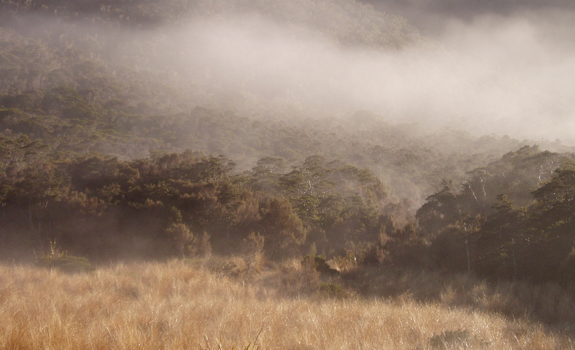 History of the Canterbury Botanical Society

The Society can trace its beginnings back to the Canterbury Native Flora Society which was founded in 1953. At the time it was felt that there was a need for a Society to focus on Canterbury flora. The early emphasis was on the cultivation of native plants rather than studying them in the field.

In the same year Lord Bledisloe donated money to establish trophies to be awarded to members and students for their worthy contribution to botany. The Society continues to award these trophies although the focus of the awards has changed to reflect the current needs of the Society.

Initially only day trips were organized into the field. Then in 1957 the idea of some weekend trips was suggested and well received by members. The Society flourished and by 1957 there were 167 members. In the 1960s membership declined and it was felt by some members that a broadening of focus was required to include the flora of all New Zealand plus the adventive flora. In July 1966 the Canterbury Native Flora Society was renamed the Canterbury Botanical Society.  This brought it more into line with the existing Wellington and Auckland Botanical Societies. Membership increased and in November 1968 the first Journal was published. Since this first publication, a Journal has been published in most years. Except for some of the most recent editions, copies of the Journal can be viewed online.

The early 1970s saw the addition of camps to Society activities. These camps provided the opportunity to visit areas even further from Christchurch. Quite often plant species were recorded or existing lists were updated. As well as the interest in matters botanical, there was the social side of camps to be enjoyed.  At times whole families would attend. The children would enjoy the area and soak up the botany without realizing it. The Society continues to hold annual camps in the South Island.  At times there have also been additional camps further afield.

In 1994 the Society established an annual Student Grant for postgraduate students whose studies contribute to the understanding and/or management of flora and ecosystems.

The Society hosted a symposium in November 1996 which focused on the important contributions made by Etienne Raoul to the botany of Canterbury. The 50th anniversary of the Society was celebrated by holding a symposium in 2003 with the theme ‘Conserving Native Plants for the 22nd Century’. Journal 37 records the proceedings.

In June 2008 the Society became a registered charity. Donations received are targeted towards the Student Grants.

Membership continues to sit at around the 200 mark. The exchange of Journals and newsletters with other botanical organisations, both in New Zealand and overseas, helps to ensure that the Society continues to provide a valuable contribution to the understanding and appreciation of the flora of New Zealand.

The Canterbury Botanical Society fosters an interest in and an understanding of botany with an emphasis on New Zealand indigenous flora. We aim to bring together people of all ages and levels of expertise in a friendly environment. If you are not a member and would like to know more, we invite you to attend a meeting or field trip.